My 2020 in review: Steps in the right direction 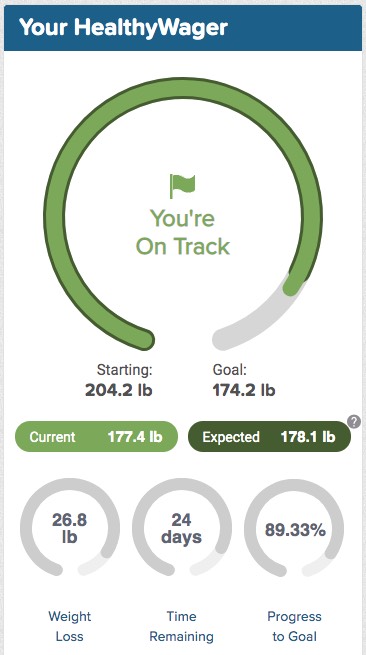 Are you all ready for this? It’s one of my favorite days of the year! I just spent an hour entering data in Quicken, then another thirty minutes analyzing it. It’s time to run some numbers.

How well did I do with my financial goals last year? Was I able to cut back on dining out? (Hint: There was a global pandemic. What do you think?) Did my net worth rise or fall? Let’s take a look.

Quite simply, I was a mess. Objectively, my life was good, but subjectively it was a disaster. My mental health was in shambles. Depression and anxiety were crippling me and truly affecting my relationships with other people. I felt like I was in the middle of a prolonged car crash.

The good news is that, for the most part, 2020 was much better from a personal perspective. Yes, I understand that 2020 sucked for a lot of people. And it was the most tumultuous year our country has seen in a generation. But for me, personally, the year was mostly good. I’ll explain why this is in a bit, but first lets look at the Big Picture.

Here’s my end-of-year net worth from each of the past three years. (These numbers do not include the value of my business or this website.)

Now, on paper a decrease of net worth amounting to $64,310 might seem scary. Maybe it’s because I’m in a better mental space than last year, but it doesn’t bother me. This may also be due to the fact that I realize most of that drop comes from Zillow’s valuation of our home.

Yes, I realize using Zillow to track our home value is…erratic. And it leads to fluctuations like this. Still, I feel like it’s a solid enough source for home values, and it gives me some sort of number to go on.

That’s one way of looking at it. But looked at another way, things are a little dicier. You see, I currently live off of my investments. Most of those investments are in retirement accounts, which I can’t touch (unless I want a tax penalty) for another eight years. At the start of 2019, my regular taxable investment accounts contained $269,264. Today, they have $197,117. That there could also be my drop in net worth.

Now, let’s look at some of the numbers in greater detail.

Note
I’m still tracking my money in Quicken 2007. I continue to try new money apps but none of them is as good as this clunky old program.

Having said that, I didn’t track my spending from May 12th to October 1st last year. I wasn’t spending anything, so I thought the process was pointless. (In retrospect, I wish I had continue to track the numbers because they would have made a good baseline.) Because of this break, I have no way to know exactly what I spent over the course of the entire year. But I do have complete numbers for the first quarter (mostly pre-COVID) and the last quarter.

A year ago, I declared that my financial goal for 2020 was to spend less on food. I’m pleased to report that I achieved this goal although I had some help from a global pandemic. The COVID crisis kept me (and most people) at home. Yes, we did eat out now and then, but it was rare. And it was outside, when possible.

To put things into perspective, here’s a tiny spreadsheet comparing my monthly food spending over the last four years. Numbers from 2019 are incomplete. And numbers from last year are for the first quarter and laster quarter combined. (Again, data is missing for the middle of the year.)

And you know what? I’m willing to bet that a big part of that drop in spending is because I drank less alcohol in 2020. Technically, I don’t want my alcohol spending to appear as “food”. I have a separate category for booze. In reality, I’m lazy and I rarely separate beer and wine purchases from other grocery purchases. So, I think some of that drop in food spending is because I was drinking less.

Let’s talk a little more about that.

Perhaps the biggest win for me in 2020 — financially and otherwise — was my decreased dependence on alcohol.

I had two stints last year during which I was alcohol free: January 1st to mid-February, then Independence Day to Halloween. And since I “fell off the wagon” at the end of October, I’ve done fairly good about minimizing my alcohol intake. (I refuse to keep whiskey or wine in the house. If I’m truly craving a beer, I drive to the store to buy one. Or two. This policy has really helped me cut down on how much I consume.)

My marijuana expense was also down. Pot is cheaper than alcohol in the first place, but I was also trying to reduce my use of weed while I was trying to cut out alcohol. I spent maybe $20 a month on the stuff in 2020.

As an added benefit, by cutting out alcohol I was better able to lose weight. I’m currently down more than 25 pounds since July. (I want to lose another five or ten pounds, then turn my attention to building strength once more.)

Best of all? My mental health improved! In September and October, after being alcohol-free for a few months, I was enjoying peak performance. I was happier and more productive than I have been in years. This benefit to reduced alcohol use is the best benefit of all and the one most likely to keep me away from the stuff.

Now, as I mentioned, I’ve resumed drinking some. I’ve had four beers in the past week, for instance (including New Year’s). For now, I’m okay with this. My mental and physical health seem great at this level of consumption. But there’s still a chance I’ll opt to give up the stuff completely for an extended period of time. (I have a sticky note on my work computer with a question that Tom asked me in October: “What’s the postive for you in using alcohol and pot?” Great question.)

The sorest spot in my budget over the past few years has been big expenses. In 2015, I spent $35,000 on an RV. In 2017, we sold the condo and bought this country cottage, then poured money into repairs and upgrades. In 2018, we spent more on remodeling.

Well, last year didn’t have any major home expenses but I did replace my Mini Cooper, at long last.

At the end of June, I spent $40,000 on a 2019 Mini Countryman SE All4. This seemed like a good idea at the time. In retrospect, the purchase wasn’t the smartest move. The car is fine — it’s not great but it’s not bad — and I enjoy driving it. I especially like that most of my driving is now electric (and that I’m averaging 53 miles per gallon.) But I don’t drive often enough or value vehicles enough to justify having spent this much on a car.

I don’t want to say this was a dumb move…but I think it was probably a dumb move.

Looking ahead, 2021 should have zero large expenses. I hope. We’ve performed all of the repairs and upgrades we need to do on the house. (I say that, yet I’m worried about the foundation settling.) I just bought a car. My health is good. We have no big trips planned. Our food spending seems to be under control. I have high hopes that 2021 will, at long last, be a year without major outlays. Fingers crossed!

Honestly, nothing else about my spending worries me. There were a couple of categories that saw increases last year — books and movies — but this doesn’t bother me. COVID has led me to read more and to watch more shows. These forms of entertainment are relatively inexpensive. All the same, I’ll keep an eye out to be sure my book and movie spending doesn’t become problematic.

Here are a couple of final thoughts after crunching the numbers.

The bottom line? Last year was pretty good for me. I’m certainly starting 2021 in a much better mental state than I started 2020. Things aren’t perfect but are they ever? I have a good life, an amazing partner in Kim, and I’m currently enjoying the work I’m doing here at Get Rich Slowly and at my newly-revived personal site.

Looking ahead, I don’t have any specific personal financial goals. I guess that I want to increase my income. To that end, I’ll continue channeling my renewed focus on this website.

Some of my colleagues make big bucks from their blogs. I don’t. I’m okay with that, though, because I recognize that many of the decisions I make are deliberately reader-centric, which means I’m foregoing easy money. Still, it would be nice to boost revenue so that I could draw income from the work I do here. Let’s see what that looks like going forward…

3 Creative Ways to Monetize Your Next Business Event

Life is not a game

How couples can have constructive conversations about money

The power of non-monetary investments

How to Increase Your Product Sales on Amazon Today